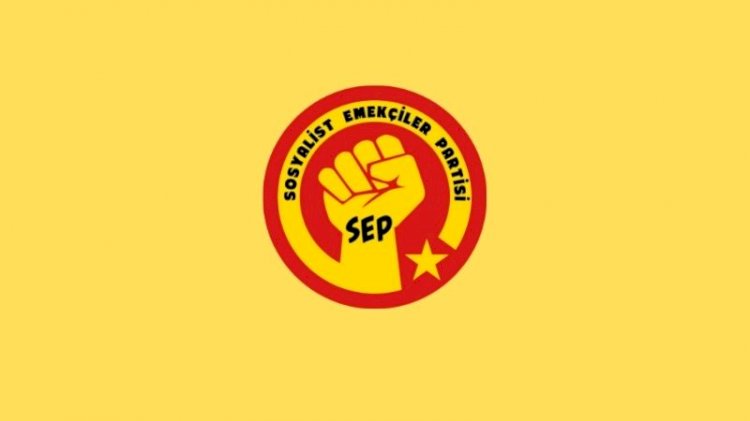 In response to the text in which we explained why we left the ISL, two reply letters were received from the MST1 and the Ukrainian Oleg Vernik. We felt the need to make the following statement for sincere members who are still in ISL.

1) Unfortunately, both articles mentioned are hastily written defamer texts rather than political discussions. They translated this text, which consisted of defamation and lies, into Turkish and sent it to our party members and even sympathizers. As a result, all of our members are disgusted by the MST leadership. Because the only thing they can do with such texts is to disgrace themselves. There is no point in responding to slander and lies one by one. Considering the fact that the text written by the MST in a political-theoretical debate, which constantly refers to the "smallness" of the SEP, it seems that they are not even aware that arrogance is incompatible with being a revolutionary. They rustically trying to be arrogant. Such vulgarity! However, even a new militant who has undergone revolutionary education knows that the issue of political-theoretical rightfulness is never a matter of being a small or big party. Even the newest revolutionaries know that this is the style of the power-hungry petty bourgeois. But perhaps this is the most innocent disgrace of the MST leadership, which is astonishingly advanced in vulgarity, is the issue of "size". On the other hand, the MST, which constantly talks about "party size" has managed to make the Spanish section, consisting of only two Argentines, a member of the ISL IEC. In short, if we, as the SEP, can respond to the MST in the same way, we can displease them with no need for lies, but we will not compromise our revolutionary stance.

2) The vulgarity in Oleg Vernik's article is sufficiently revealing about the general situation. Oleg Vernik, who often uses expressions such as "primitive Turks" and "early Turks" in his article, combined insult with racism. Again, someone who has passed the revolutionary school knows that no revolutionary discussion will be conducted using the phrases "silly Arabs", or "stupid Ukrainians". This is sheer racism. Moreover, the expression "primitive Turks" is a racist expression used by Slavic nationalism, which had been in conflict with Turkic peoples for long years. So Oleg Vernik is such a vile nationalist that he cannot insult without using racist phrases. The real issue is the corruption of the MST leadership, who published a text containing such racist statements on the ISL official website. When this is the case, only a careless who doesn't take politics seriously, a hard-boiled bureaucrat or a beneficiary can swallow all these scandals.

3) Yes, as the SEP, we wanted Oleg Vernik to be expelled as a result of disciplinary proceedings because we are facing a dark man who is arm-in-arm with the fascists. Oleg Vernik is making a YouTube program this July with Oles Vakhniy, a famous fascist who demolished the statues of Lenin, who was mentioned as the leader of Ukrainian skinheads on Wikipedia, and who was imprisoned for nearly 5 years for fascist aggression in the past. The link is here. (https://youtu.be/m4OlQQmOAPk) Those who read the English subtitle translation will see how Oleg flatters the fascist bandit with nonsense like "capitalists and workers should unite for the motherland". This YouTube program is 100% compatible with Oleg's political career because this man has been in relationships with such people and organizations for many years. Now we ask sincere ISL members: Can you, comrades, be the comrade of someone who is trying to acquit an organization of fascists like the OUN, who attends a program of a notorious fascist who destroyed the statues of Lenin, established links with them, and whitewashed such murderers who carried out the Holocaust in Ukraine? Revolutionaries only feel disgusted at such an opportunist. But Alejandro's defense was "Nazism in Eastern Europe is Stalinism". This much vulgarity is hard to find. And, they say that the SEP wants Oleg Vernik to be expelled because of the legitimate disagreements within the socialist left. Realize the extent of the lie. It is certain that an organization that remains indifferent to such a scandal is a dead sect.

4) MST is the one who deleted our article advocating different ideas about Ukraine from the official web site. MST is the one who changed the passwords of the ISL website and social media accounts. MST is the one who carried out a kind of coup within ISL. MST is the who rejected the congress proposal. MST is the who rejected the disciplinary committee… Now they accuse us of not attending the routine IEC meeting where ecology etc. will be discussed. It's really funny. However, when we asked about the decision of the extended IEC meeting, in which all sections would participate, they did not even give us an answer. Political issues are blocked by lies like "they did not discuss the Ukraine issue". However, as SEP we brought up all issues such as the national question, what kind of program the ISL will present to the Western working class, the recent history of Ukraine, the analysis of imperialist relations, the role of the USA in the war, the history of the Ukrainian nationalists, and the attitude that the Ukrainian section should take. In these long and tense meetings, the MST repeated the same weak arguments of the NATOist position in turn. The Pakistani section, on the other hand, remained almost completely silent.

5) The issue, of course, goes beyond the issue of Ukraine. The problem with the MST is that it takes a pro-US stance in every international crisis. The leader of the Venezuelan section, Gonzalo Gomez, was in relations with the US-supported capitalist leader Guaido. MST would not care about this scandal if we had not rejected this. That is just another example of terrible opportunism. It is better understood today that no real accounting has been made. When Gaddafi was overthrown in Libya under the leadership of the USA, those who applauded the Libyan Revolution were none other than the MST. Well, we have to ask, how is Libya after the NATO intervention? Well, did MST ever give self-criticism? Of course not. When the USSR collapsed, did those who tried to pass it off as "the victory of Trotskyism" and "revolution" give self-criticism for their political mistakes? Of course not. These students of the Morenist school will obviously repeat the same mistakes. Even if there will be an anti-communist extreme right-wing regime change in Cuba tomorrow, it will be the MST and the Morenist family that will declare this as a revolution. They are ready to rush to help for the victory of the USA and the right. MST accuses us of being the campist, but in reality it is none other than MST who is the campist, campist of US side.

6) The stagist line of the Morenists means collaborating with various elements of the bourgeoisie who oppose the dictatorship, as the Stalinists did in the past. Moreover, in international politics, the Morenist conception of democratic revolution fits badly with the US perspective of the "color revolution" against dictators. The theory of permanent revolution is at the heart of Trotskyism, so breaking away from this theory means breaking with Trotskyism and the revolutionary program.

7) This is our call to sincere ISL members. Don't believe the lies told about the SEP. Our party has managed to established strong roots in the working class and youth in many cities of Turkey and Kurdistan. You should know that while the MST leadership is defending Oleg, who is in business with the fascists, our party SEP has been growing with fighting against the fascists despite the strict pressures of Erdogan's regime. Although the MST leadership is well aware of this situation, they are not ashamed to lie that big. Our advice to you is to carefully examine the historical and ideological debates in our article titled “Why We Have Left ISL”.(https://socialistmiddleeast.com/why-did-we-leave-from-isl) Don't listen to the slurs and do take vital matters seriously. It is obvious that the MST will continue to take pro-US political stances in future international crises, cooperate with the bourgeois forces under the pretext of democratic revolution, and strive for adaptation to the liberal parliamentary system. No matter if the MST slanders us, we continue the internationalist revolutionary construction. We are walking on this path together with our comrades in Kurdistan, Azerbaijan, Iran, Afghanistan, and Germany, and we have already made significant progress. In addition, we are ready to join forces with other revolutionary parties in Europe and Latin America based on revolutionary principles, and we are making some progress in this regard. We invite you to contact us and join this effort. Follow socialistmidleeast.com.