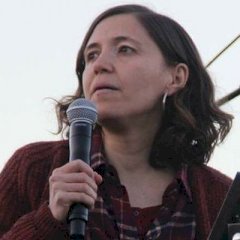 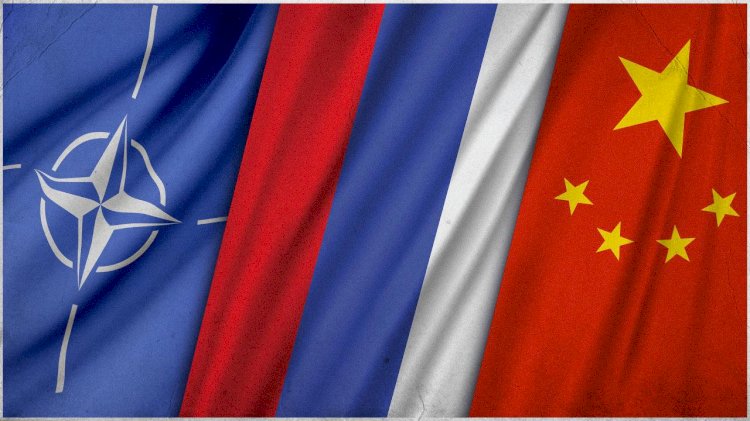 As imperialist rivalry raged, NATO reached significance again. However, in 2019, France and Germany were signing agreements to form the European army; French President Macron was talking about the "brain death of NATO". Surely, many things have changed since then.

Although the USA is still at the top of the imperialist hierarchy, it is weaker than before. The 2008 crisis both hindered the USA economically and allowed China to make a leap. Russia has also been determined to increase its regional hegemony with military operations for the last ten years. Now the opponents are stronger and more formidable; US hegemony is more controversial. On top of that, world politics was almost left adrift with an introverted, economic nationalist line during the Trump era. Now the US is turning the Ukrainian war into an opportunity to rebuild its weakened imperialist leadership. When Russia invaded Ukraine, the European powers surrendered to act under the leadership of the USA. This time, Japan, South Korea, Australia, and New Zealand also joined the NATO summit.

NATO and the New Balances

When NATO was established by 12 countries in 1949, the United States was a fresh power at the top of imperialism. Beginning with the second half of the 19th century, the British began to lose power against their rivals and left off being the big brother of imperialism. This process spread over a century in which two world wars took place the USA had established its global political dominance as both a world economic giant equipped with industrial power and military power, with the technological capacity to deal blows to its enemies. At a time when the world was divided into two main blocs and the great powers of Europe experienced the world war with deep destruction, the leadership of the USA was undisputed. Organizations such as NATO emerged as an organization uniting the West as a bloc under the leadership of the US in the military field. As the ancient Turkish saying goes: ‘who pays the piper calls the tune’. While Europe recovered with the Marshall aid and the financial-humanitarian burden of the military operations of the Cold War period was largely borne by the USA; the undisputed hegemony of the USA and NATO became absolute power. Of course, it would get paid with interest.

Today, the picture is different. Yes, the USA is still at the peak of imperialism, but as a weakening power. In terms of industrial production, China has long since surpassed the United States. According to the reports of CEBR, the UK's financial consultancy company, the size of the Chinese economy is expected to overtake the USA as soon as 2030. The USA could not find a way out of the 2008 crisis; failed to achieve an economic recovery. On the contrary, it has no tool to offer in the face of the recession that gripped the global markets after the long-term monetary expansion was blocked. A nightmare of slowdown coupled with inflation hovers over Western markets. However, things are not as bad for China. Although its contradictions such as high borrowing continue, China seems to have profited from the 2008 crisis in terms of its global power. In this period, it has advanced in closing the economic gap with the USA. It transformed from a national power focused on its own affairs to a global power that wants to spread its economic and political influence in the world arena. The gigantic “One Belt One Road” project enabled it to establish strategic ties with many countries from Africa to Europe. As imperialist tensions became evident and as China's power increased, its rhetoric toughened. Of course, the United States is still almost unrivaled militarily. Russia, with the nearest military capacity, showed that it is far from the same striking power in the Ukraine war. But military capacity is a dynamic issue. If there is a lot of money to be spent on military investments and technological power, military capacity will develop, albeit not suddenly.

The emergence of China as a world power also rings alarm bells for the USA. In order not to sink into the position of today's UK, the USA has long set the target of stopping or at least slowing down China's progress.

The Ukrainian war will not be the last. We have entered a period with the potential for new tensions. In these conditions, the military apparatus of the West, NATO, has been strengthened and the world will feel the horror of weapons and military units, starting from eastern Europe. In these circumstances, the revolutionary attitude towards NATO gains importance. An indispensable feature of the Turkish revolutionary tradition was its strong opposition to NATO. Of course, in the mentioned period, all the right-wing governments of the country were sharply pro-NATO and NATO was sharply anti-communist. The USA meant an enemy tormenting the oppressed peoples of the world. NATO, the organizer of the mafia-state-fascists triangle that took action against the left not only in Turkey but also in Italy, for example, was the architect of the Gladio operations.

As the world is increasingly divided between the two camps, the Turkish ruling classes’ support for NATO is sharpening again. Not only the AKP has completely shifted to the US bloc, but components of the oppositional Nation Alliance[1] also praise NATO's expansion and strengthening. The tradition of anti-NATO continues on the left of Turkey but is not as strong as before. The slogan "No to NATO" collides with words in favor of the Western bloc.

Balances have changed in territorial and world politics. The Cold War no longer exists; there is also no more need for NATO to put forward a sharp anti-communism. The socialist movement and the labor movement worldwide declined; alliances with the fascists, the mafia, and the putschists against the radical left are no longer needed. It's easier for the US front to showcase democracy, especially as today's imperialist polarization is between the West, under the leadership of the USA against China and Russia. The first propaganda tool of the Western imperialists is the defense of Western liberal democracy against the autocratic, oppressive China-Russia. It is such a democracy that it drops bombs and kills millions in Iraq, Syria, Afghanistan, and Libya. When you want to flee these countries, the ones that bring you "democracy"(!) do not want to see you even in their borders.

Unfortunately, a large liberal chorus trying to persuade the opposition to side with the US camp in the imperialist polarization is now very loud in Turkey. It is said that if the power of autocratic regimes such as China and Russia is broken and Western-type liberal democracy gets stronger, it will have good effects on Turkey to weaken Erdoğan as well. Just who do you think you are fooling? Look at the allies of the USA in the Middle East, aren’t they the tyrannies with bloody hands? Has it not been said that Turkey is an indispensable ally for NATO in the past few days? It is not how Erdogan rules inside: they only care if a pro-USA stand is taken in the Ukrainian war.

Each of the imperialist blocs wants a world dominated by its own banditry. As long as it suits their interests, they do not hesitate to throw the people of the world into the fire of war and ravage the world with tensions that extend to nuclear war. Of course, we have nothing to do with the imperialist camp of the USA-EU or China-Russia: our first duty, as revolutionaries in Turkey, must be the absolute opposition to our own ruling class and its international ally, NATO.

We have only one recipe for salvation against “the one-man regime” in Turkey or the worldwide capitalist barbarism: our own struggle for equality and freedom. It should not be forgotten that only the working people who stand up can open a new way for humanity. Provided, of course, that they are organized and do not cease to determine their own destiny.

How to Position in the Ukrainian War? Some Mistakes… – V. U. Arslan

United States: The End of Sanders' Campaign and the Need...