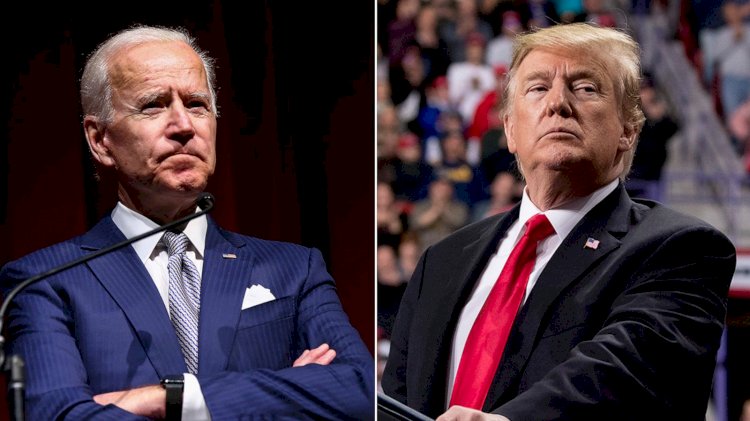 As the November 3 presidential election approaches, there remains chaos in USA. The Black Fury against racism and police terror grows with the sharpening class conflict, the strengthening left-socialist dynamic and anti-fascist energy nourished from it.

Anti-racist actions evolved into rebellions in many places for months. While the armed fascists take a stand with the police, activists defend themselves with arms. In the USA, it is free to carry weapons, including long barreled ones, and the limits of self-defense are quite wide. Crowded armed groups take their place on the streets.

Trump called out the National Guard to stop the protests. Yet, while the violence is increasing , we witnessed that National Guard officers kneeled down with the protestors for George Floyd. Meanwhile, the former soldiers (including generals) are calling Trump every name under the sun.

A great rebellion is still on the streets, the youth is turning towards socialism, the working class is trying to organize against impoverishment and working under the conditions. However, there is no socialist party or organization came to the forefront by all these processes. That’s why the left in the USA comes to the dead end of the lesser evilism that is Democratic Party.

Trump is Actually Someone Special

Crises of the capitalist system have always brought along extraordinary processes and put forward extraordinary figures. All kinds of right-wing populist types of the capitalist reactionism are the products of this period. We can list many common characteristics of such leaders from Bolsonaro to Macron and from Erdogan to Modi. However, the president of the USA, at the top of the world imperialist pyramid, is a truly special person. Imagine a president of the US is refusing to visit an American cemetery during his visit to France and using terms “losers” and “suckers” for the dead US soldiers. This is Donald Trump. Of course, Trump, who becaomes the champion of nationalism during the election, immediately denied this claim, but those who were with him the while still prefer to remain silent. There is no need to write more about Trump. He is a vivid example showing how low the moral values of human beings can fall and he has been the leader of the system in the USA for 4 years.

The main question was that who would appear as a candidate against the real estate king? As a sign of the extraordinary period we are going through, Bernie Sanders, who called himself a socialist (but could at most be a left-social democrat) in the USA, seemed to achieve with the support of the wide masses; once again he was blocked. The elites of the capitalist Democratic Party did not give the way to a leftist candidate. Left populism has been blocked and Biden, the typical representative of the US elites, has been Trump’s rival. For years ago, Sanders was blocked and the cliché name of the Wall Street elites, Hillary Clinton, had become Trump’s rival. And as a result, Trump was able to show himself as a candidate for opponents of the system and thus won the elections.

Even though fiascos, scandals and economic difficulties have been experienced one after the other under the Trump presidency, it is not easy for Biden to win. According to the polls, Biden is 5-10 points ahead, but Trump still has the aces. Biden, who gives signals of dementia, has to cope with the chatterbox (?), showman and provocateur Trump in 3 debates to be broadcasted live on US channels. According to many, this is impossible.

Moreover, Trump builds his election strategy upon national security and polarization tactics. We are very familiar with these tactics from Turkey, we also witnessed that they can work. He will play the cards of activists vandalizing the environment and attacking the police, communism, the shops are set on fire, the fears of white Americans, anti-immigration, religion and faith etc.

If Trump still cannot catch up with Biden and accepts his defeat, no problem. Yet what if Trump acts sneaky? In other words, what if he rigs the election results or claims that the election results are manipulated and unacceptable? These are the nightmare scenarios for those who are afraid that the USA democracy, which is not much advanced, will deteriorate.

Without speculating, we can assert that while these scenarios are assertive, they are not so factoid fantasies. Trump has already begun criticizing voting by mail. While Trump complains that this gives room for rigging, opponents of Trump, on the other hand, fear that the Trump will do that. Besides, vote counting procedures in the USA may take months in a tight race.

The USA Presidential elections held in 2000 could only be completed in 35 days and it was the 537 votes in Florida determined the results. After losing the elections to G.Bush, Al Gore  applied the for recounting. Since different results were found in each vote counting in Florida, the vote count was ended up in the court. The USA Supreme Court gave Bush the presidency of the country with 4 to 5 votes.

If a similar result emerges in 2020, will Trump step aside like Al Gore, will he gather his armed supporters, who are the engine power of far right, in Washington? Or will the army determine the results? Many are already arguing that if Trump won’t accept the results, the army should intervene.

Joe Biden states that he is confident that the military would intervene if Trump tries to “steal” the elections: “But, the former vice president said, he is "absolutely convinced" the military would escort Trump from the White House if he loses the election but refuses to leave office.” It should be noted that many former generals and colonels support these calls.

The Effects on the World

A long and very detailed article can be written about the effects of the USA election results to the world, but let’s just sketch out that in this article.  Let’s say Biden becomes president, there will be no changes in the USA foreign policy with China. It should be kept in mind that Trump continued his Middle East policies, which he inherited more or less from Obama, and he centered upon China which is growing economically and politically. That is the tendency that also Biden will follow.  In other areas, some different approaches about secondary issues are not the determinant. As for the hostility to the working class, there is no difference between Biden and Trump anyway.

On the other hand, Trump’s re-election will increase the roughness of right-wing populism all over the world. Yet, the soothing effect of the more moderate and normal state of the bourgeois order must also be seen, as it was in the Obama era. Namely, when it comes to the politicians of capitalists, this or that name does not matter; it is a vicious cycle. That’s why our main focus should be on the actions of the US working class, youth and oppressed; the independent development of revolutionary politics. Rise of the socialism in this county, which determines the tendencies of the world, will have a broad repercussion in the rest of the world.

The Coronavirus Outbreak is “Chernobyl of Capitalism”-V.U....