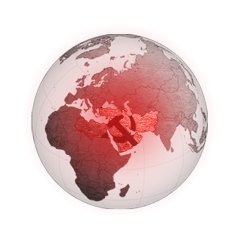 As its dissolution was coming closer in the 80s, nationalist currents among the nations of the USSR began to rise. After the dissolution, as USSR bureaucrats such as Haydar Aliev, Eduard Shevardnadze, and Saparmurat Niyazov came to power in their respective nation states, the national problems had born and still did not end after 34 years. One of these problems, the Nagorno-Karabakh problem, continues to lay at the center of imperialist contention.

The Nagorno-Karabakh war that started on September 27, 2020; resulted in Azerbaijan increasing its controlled territories in the region and Russia planting “peacekeeping armies” in the Lachin Corridor and the contact zones. On November 9, Ilham Aliev announced that the war resulted in victory thanks to “the iron fist” after the Azeri army took over Shushi one day prior, November 8, 2020.

Armenia’s defeat, in turn, caused the general public’s anger towards Pashinyan to rise. In reality, the losing side was the workers in both countries, and the winning side was chauvinist nationalism. While Aliev was trying to lull the working masses with discourses of victory; after a short while, the price rises of food and natural gas, mass veteran suicides, uprises of the families of martyrs, courier strikes, and anti-governmental demonstrations caused “the iron fist” to, once more, target the working masses. The hypocrisy of Aliev’s slogan “Karabakh is Ours” was slowly unraveling: as the lands of Karabakh were presented to the Turkish bourgeoisie, the working masses were left to hunger and poverty.

Some Azeri scholars wrongly assumed that this war would put an end to the ethnic conflicts that lasted for years. But, after the war, Aliev continued on with his chauvinist and irredentist rhetoric. He laid the ground for invasive interventions by stating that Armenia’s Syunik region is the Zangezur site that was historically connected to Azerbaijan. On May 12, 2021; the Azeri army intervened in the Syunik and Gegharkunik regions, invading approximately 41-kilometer squares of Armenian land. This process was followed by small conflicts and negotiations lasting until September 12, 2022.

Azerbaijan, for the first time in thirty years, attacked Armenian air defense and artillery systems in Armenia on September 13, 2022. It was confirmed by NASA that Azerbaijan attacked Armenian positions near Basargech’ar, Goris, Sock, and Jermuk cities with artillery and heavy weaponry, invading several regions. On September 3, although Russia announced that a ceasefire was signed, both parties confirmed it to be broken minutes after. Azerbaijan attacked at least 23 residential areas saying that these were “retaliations to Armenian provocations”. During the conflict lasted two days, the Azeri army hit military facilities besides civilian infrastructure and residential buildings. On September 14, Nikol Pashinyan, Armenian PM, said that he would recognize “the territorial integrity” of Azerbaijan, should Azerbaijan be willing to do the same. But, after an angry mob flooding the streets in Yerevan, Pashinyan said that no negotiations for such an agreement were being conducted, emphasizing that the Nagorno-Karabakh wasn’t a problem of landmass for Armenia, but a problem of right and a case for the right to self-determination. At midnight, Armenia announced a cease-fire “due to the interference of some international bodies”.

European Union and NATO, who claim to be a supporter of “the oppressed” against “the invaders” in the Russia-Ukraine war, keep silent regarding the Azeri occupation. In the middle of July, President of the European Commission Ursula von der Leyen announced that they were planning to increase the gas import from the country from 8 billion meter squares to 12 billion in the next year and to 20 billion until 2027 by signing a deal with Ilham Aliyev. The EU, which is trying to make up for the natural gas losses due to Russia’s sanctions, has shown that they will keep quiet about the Aliyev regime’s expansionist tendencies.

In the last few days, however, the USA House of Representatives speaker Nancy Pelosi, who has shown how talented she is in causing chaos regarding the Taiwan case, showed how she is eager to raise the tension by visiting Armenia and saying “Regarding the Nagorno-Karabakh conflict, we hold Turkey as responsible as Azerbaijan.” Pelosi’s visit to Yerevan is an indicator of how the ongoing tensions with Russia will also show themselves in Caucasia after Ukraine.

Russia, whose loss in Ukraine War is getting more precise, is losing regional power. The USA, which is trying to become a monopolar superpower, is trying to increase its influence in post-Soviet countries. The USA’s third highest ranking official Pelosi visited Ukraine’s capital Kyiv and had a meeting with President Volodymyr Zelensky in May and, in August, sparked the China-Taiwan confrontations by visiting Taiwan. The USA, which wants to become the monopolar superpower by diplomatic maneuvers, aims Armenia for to come to the forefront as to influence the Armenian lobby and Armenians' votes favorable to the Democratic Party in the upcoming elections in November.

Amongst all this mess, the working class of both countries takes the hit. During the conflicts in the last few days; several dead bodies of Armenian soldiers, two of them women, can be seen in images taken by an Azeri soldier. One of the women was stripped of her clothing and on her breasts and belly was written “YAŞMA”, one of the battalions of Azerbaijan Special Forces, in capital letters. A pebble was placed in her eye socket, and a dismembered finger was placed in her mouth. The man taking the footage was laughing and saying “Look at this b*tch, there are two women. She became a rock.” in Azeri. All of these are results of nationalism and chauvinism. For years, both peoples get indoctrinated with nationalism in accordance with the interests of these filthy regimes. Whether it is the daily discourses, historical distortion, or symbolism,  “the Armenian hate” is a fundamental element shaping an Azeri person’s daily life in the family, schools, universities, and workplaces.

The ruling class, which hides the fact that the war is an imperialist war of division by portraying it as a war of "revenge" and "hate", plunders the wealth of the people through their sweat, uses its iron fist, and extracts the necessary capital for the war.

But the war in September 2022 did not have the same effect as the war in 2020. This time; the corruption, injustice, and inequalities of the Aliyev oligarchy appeared more clearly and deeply. The demands of the veterans who rebelled for their rights were not met, and the people dealing with financial difficulties could no longer think about Syunik's historical importance. The “Armenian hatred” of Azerbaijani nationalism had not disappeared, but some events began to clearly show the hypocrisy of Aliyev's rhetoric of victory. One of these events is the allegations of "Martyr Sebuhi Ahmadov"'s brother, Sanan Ahmadov, and the events that took place afterward. According to the claim of Sabuhi Ahmadov's brother, Sanan Ahmadov, they demanded a bribe of 6 thousand manats from his brother to join the new mountain commando unit formed according to the model of the Turkish Armed Forces. Since the two brothers who grew up in the “Orphanage” could not afford it, they took a loan from the bank, albeit with difficulty, and paid a bribe of 6 thousand manats. 3-4 days after giving the money, Sabuhi Ahmadov died in the conflict. Later, Sanan Ahmadov, who was clearly under pressure, recorded a video and said, “It was a lie that they asked my brother for a bribe of 6 thousand manats. I lied because I didn't know the whole thing. We borrowed 6,000 manats from the bank for family matters," he said. All these events are a clear example of the regime being built on corruption and plunder.

Those who profit from this war are the Aliyev regime, the Azerbaijani bourgeoisie, and its allies; those who die are poor workers.

The Aliyev regime, unable to reshape the victorious intoxication of the working people, wants to use its "iron fist" on the people. Ahmad Mammadli, who criticizes Ilham Aliyev's invasive attitude and says No to War, was sentenced to 30 days in prison. Azeri anarchist Giyas Ibrahimov, who was sentenced to 10 years in prison for vandalizing Heydar Aliyev's statue in 2016 and was released in 2019, called on the Armenian, Azeri, and Georgian people who said no to the war to march against the war in Tbilisi.

Azerbaijani revolutionaries must first oppose the invading Aliyev regime and the national bourgeoisie that is shaping the war. The occupation of Armenia with pan-Turkist rhetoric should be strictly condemned. In addition, it is necessary to oppose the Turkish bourgeoisie, which uses the Karabakh region to expand its markets and the AKP government, which provides technological, military, material, and logistical support to the war. Those who think that imperialist wars are inevitable for regional stability are wrong. The only way to destroy the capitalist relations of production that dominates the whole world is through the socialist world revolution. The blood and war will not end unless socialism makes itself internationally possible. The destinies and stories of the working peoples of Azerbaijan and Armenia are common. The working people of both nations must struggle against their own ruling classes and overthrow them. This is the task that stands before the Azeri and Armenian revolutionaries.

Death to the Mullah's Regime! For the Socialist Middle East!

What to say about CAATSA sanctions on Turkey?