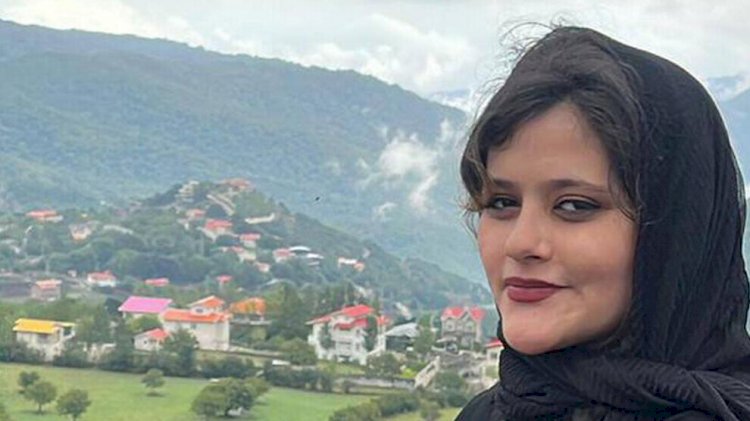 Mahsa Amini, who stayed in a coma for four days after the violence she suffered from the Iranian morality police, had died. Amini’s murder sparked an enormous reaction in Iran. People started protesting in Tehran after the announcement of her death in Kasra hospital.

The 22-year-old Mahsa (Zhina) Amini, who left Saqqez to visit her relatives in Iran, went into a coma and got taken to the hospital because of the violence committed by the police on September 13th.  She stayed in the intensive care unit of the Kasra hospital for a few days. According to the description posted on the hospital’s website, when Amini was admitted, she had no chance of living. While the Molla regime ramps up the pressure regarding Amini’s funeral, it was reported that the family is getting harassed not letting the funeral create common protests.

For months, women in Iran have been raising their voices in protests and performing hijab removal acts against the bans on women by the Mullah's regime. Even though the demonstrations got attacked several times, Amini’s murder shows that the interference in these movements leveled up in severity. This, in turn, leads the protests to gain public support. 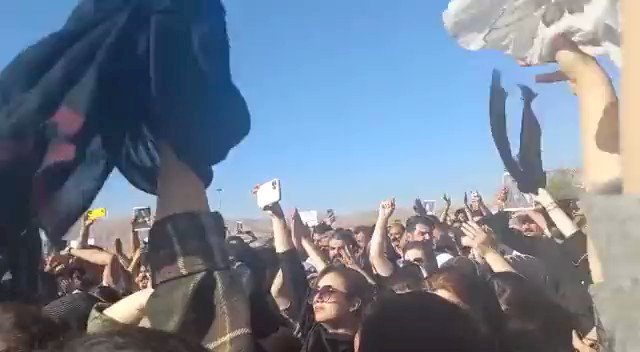 While the protests turned into bursts of anger towards the Molla regime after Amini’s death, the slogan “Death to the Dictator” attracted attention as one of the most raised ones. While protests were getting prepared in the cities of Saqqez and Sanandaj after the funeral ceremony in Saqqez, Aychi graveyard, the regime, as always, resorted to violence again and opened fire on the crowds in some places. It is reported in posts made on social media that some of the people injured have been wounded heavily with bullets stuck in their heads and chests and that they were being transported to Tabriz. The relatives of Kian Derakshan, one of the protestors wounded, told news agencies that four bullets hit and doctors in Saqqez were able to remove three from the heart. It was also added that the doctors in Saqqez were not able to remove the bullet stuck to Kian Derakshan’s head and that he was transported to Tabriz. At the same time, a human rights organization “Ha Ngao” published a photo of one of the injured, saying that the eighteen-year-old got injured in the eye with a bullet and that the child lost the eye. The organization reported that 33 people were injured as a direct open fire by the special forces and that five of them got transported to medical centers in Tabriz as their situation grew worse.

Also, in Sanandaj, three people got injured by shotgun fire. Two people, one being a fourteen-year-old young girl, got injured by beatings and batons and were hospitalized. On Saturday, Ha Ngao announced that during the protests in Saqqez, at least eight people were arrested and that two of the arrestees Arin Majidzadeh and Midia Rahimi are seventeen years old. Also, five more people got arrested in Sanandaj.

On Saturday, the protestors gathered in front of the Saqqez governor’s office after the funeral of Mahsa Amini. On the evening of that Saturday, thousands of Sanandaj residents organized demonstrations on the streets regarding Mahsa Amani’s murder and voiced their anger by throwing anti-government slogans in solidarity and support to the people of Saqqez. 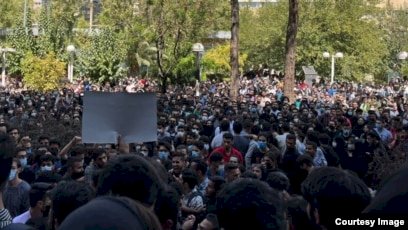 Also, fifteen activists planning to gather in front of the parliament building in Tehran to protest Mahsa Amini’s murder got arrested.

On Sunday, a group of students at the University of Tehran protested Mahsa Amini’s murder by walking near the University shouting slogans such as “Woman, Life, Liberty”. The students carried picket cards with “I don’t want to die” and “Our blood will not be stepped on” written on them in Persian and Kurdish.