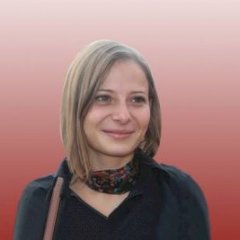 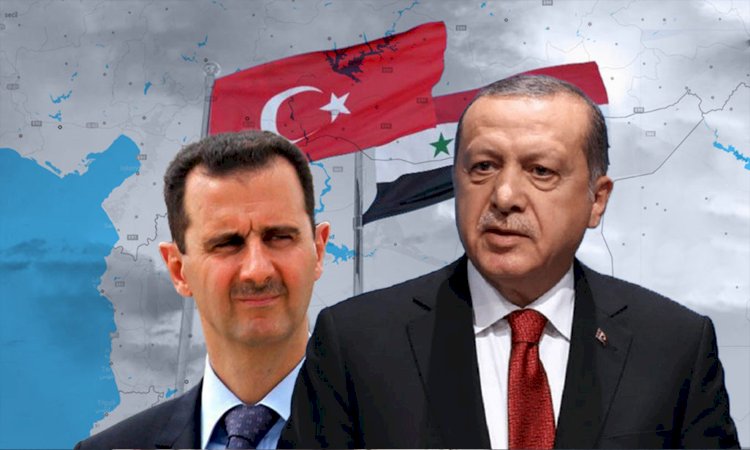 The second meeting, regarding the normalization of Turkey-Syria relations, has been completed. It was announced that Erdogan and Assad would meet personally after these meetings, the first of which was held at the level of defense ministers and intelligence agencies, and the second at the level of foreign ministers, which jointly agree on destroying the historical achievements of the Kurdish people.

11 years of the bloody Syrian war are left behind. The peoples of the Middle East, who are tired of an imperialist war led by lies and manipulation; of the massacres committed by sectarian murderous gangs; of deaths, migrations, occupations, and poverty… These 11 years have passed, not only for Syria, but also for Turkey. The country was turned into a highway for jihadists and was under the threat of ‘becoming’ Pakistan. The peoples of Turkey paid a heavy price for the imperialist war with the bombs that exploded in Ankara, Diyarbakır, Suruç, Istanbul and Reyhanlı. We are keeping aside the specific war crimes of the AKP that caused all this. We will limit this article to discussing the meaning of the negotiations that started with Syria.

Educating and equipping the proxies of imperialism in the region; AKP, which provided them with a base and political support, evaluated the situation in a way that opened up its own room for maneuver. The limits of this room for maneuver were drawn by taking advantage of the opportunities created by the contradictions between the larger powers such as the USA and Russia. Thus, AKP served the interests of Western imperialism as well as its own neo-Ottoman aspirations.

The AKP settled in the northern border region of Syria with two operations it carried out with the jihadists, which it called the Syrian National Army. They organized a de facto state formation in Afrin, al-Bab, Azaz, Jarablus, Jindires, Rajo, Tel Abyad and Ras al-Ayn. They appointed district governors, built an economy on Turkish lira, and told tales to the public, claiming that they would settle the refugees in these regions.

The defeat of the West in Syria and Turkey's presence in Syria, which can balance relations with the USA and Russia, has elevated Erdogan to the position of the patron of the Islamists. Stuck in Idlib, which is dominated by al-Qaeda derivative HTS (Hay’at Tahrir al-Sham), Salafists stand depending on Turkey's protection. Undertaking the task of supposedly disarming the jihadists during the Astana process, Turkey has assigned itself the role of keeping these groups alive.

For the Syrian state, establishing dominance on its own territory is the last step to end the war. There are two goals on this path: to completely clear Idlib and to establish its dominance in the north with Turkey's withdrawal from Syria; on the other hand, to make an agreement with the Kurds. We know that the presence of the Kurds in the region depends on close relations with the United States. On the other hand, with new ground operations against Syria, Erdogan was acting with the intention of building a "safe zone" that would push back the Kurds, who continue to have a won presence on the Syrian border. However, as Russia did not approve, Putin turned Erdogan's stuckness into a tactical move by saying that Erdoğan should negotiate with Syria. The establishment of this table was quickly settled in these days when the possibility of Putin, who failed badly in Ukraine, could be relegated by internal dynamics.

Preparing for the elections, Erdogan aimed to hit two birds with one stone: to turn the nationalist atmosphere into an election success by attacking the historical gains of the Kurds and to take concrete steps to settle the refugees in the "safe zone" that it plans to establish.

Things did not turn out as Erdogan expected. While Russia was defeated in the Ukraine war, it took steps to increase its influence on Erdoğan in order to maintain its position as a regional power. For example, Russia postponed Botaş's $20 billion natural gas debt to 2024 and smoothed the economic crisis for Erdogan. In return for this kindness, he forced Erdogan and Syria to meet at the same table. It is clear that Syria, which says "We will not support Erdogan before the election", "Turkey must leave Syrian territory", does not want to present Erdogan a success story. If the refugee issue, which is one of the most tense and decisive issues of domestic politics, is declared as a diplomatic victory at this table, it will chalk up credit for Erdogan. But things change when Russia is the factor that broke Syria's resistance and brought it to the table.

It was not surprising that the United States showed that it was against the talks in principle. But it has no power to stop the Syrian state from taking steps to ensure its internal unity. On the other hand, the fact that Syria is in Turkey's sphere of influence, and not in Iran, would be more beneficial for the United States. For this reason, the US actually took a very soft stance. Çavuşoğlu, Turkey’s foreign minister, softly expressed that they understood the reaction of the USA, but that they would not hinder this process, as follows: “The United States did not explicitly tell us why are you meeting with the Syrian side in tripartite meetings with Russia, but we understand and know that the United States is against normalising our relations with the Syrian side. We see this in the response of the US State Department Spokesperson to a press member's question. But the United States must see that the policies pursued for years have not come to a conclusion. After all, this civil war must be stopped. We say that the way to do this will not be against the opposition. In other words, there will be no normalization or negotiations despite the opposition. This is the purpose of the talks anyway.”[1]

As soon as the talks with Syria started, the FSA and the jihadist gangs controlling Idlib reacted immediately. Ahrar al-Sham, on the line of al-Qaeda, said: "We understand the situation of our allies, but we cannot even imagine reconciliation with the Syrian regime." "Our struggle will continue until we reach Damascus," said HTS (Al Nusra). Some accused Turkey of treason, others condemned it. It was up to Hulusi Akar to appease the Islamists: “We emphasized this to them. Another important issue is that we have Syrian brothers and sisters with whom we are together, whether they are in Turkey or Syria. It is out of the question for us to make a decision in any situation that will put them in trouble. This attitude of ours should be known by everyone and should be treated accordingly. They should not take different attitudes by relying on any provocation or false news. We follow a very clear policy in this regard.”[2]

Having war experience and paying the salaries of these groups under the name of the Syrian National Army, Turkey's reaching an agreement means cutting off their financial resources and making these regions potential targets of the Syrian state's operation in Northern Syria. In this case, Turkey will be another target to which the muzzle of the Islamist groups will turn. It is necessary to see that the explosion of the bomb in Taksim was not a coincidence during the negotiations, and the whole process was full of question marks. We will see together the action capacity of Erdoğan, who is aware of the fact that he cannot throw the Salafist groups aside, and who is aware that it is not that easy to get out of this quagmire. However, Erdogan's contention with the agreements the Syrian state will make with the Kurds in this process and negotiating over Idlib in return stands before us as the most likely scenario.

Since the war in Syria began in 2011, Turkey's and Erdoğan’s position as a regional power have changed. Because there have been some changes in imperialist equations. Developments such as the USA's retreatment from the Middle East, from Afghanistan, and the agreement with Iran were the results of the Asian policy in line with the outbreak of a violent war in Ukraine. The main focus is now China. However, at the beginning of the war, there was also the ground for opportunities that increased the mobility of regional actors such as Turkey. Although Erdogan was not a playmaker, he became an actor who could bend the rules of the game and as a result of this flexibility, he could gain a relative independency domestically. But the deep crisis of the Turkish economy has limited Erdogan's aggressive regional moves. The regional power required by Erdogan has reached the limits of economic dependence.

The currency crisis, which is the result of dependence on international capital, restricted Turkey's actions as a sub-player. With the reverse gears, one by one, "offences" were finished and an effort was made to prove compliance with the international order. Erdogan had to enter the process of "normalization". The playing field of Erdogan, who got along well with Trump, has narrowed during the Biden era. Syria was also added to the "normalization" steps with Saudi Arabia, the United Arab Emirates, Egypt and Israel.

All regional powers, not just Turkey, have to establish bilateral relations in the new equations in the Middle East, where the US has withdrawn. But as Erdogan weakened inside, his need for these agreements also meant finding financial resources. For example, the agreement with the UAE, where the tensions were tightened with the Khashoggi murder, meant for Erdoğan to silence Sedat Peker and to put pressure on oil money and foreign currency. The $5 billion that Saudi Arabia invested in the Central Bank was a great achievement. In short, Erdogan had to cross the bridges that he burned one by one.

Crossing the Syrian bridge may not be that easy. The point of negotiation is to limit or destroy the gains of the Kurds in exchange for Idlib. The coming days will show what will come out of this bargaining table, but there are things that need to be made clear:

The imperialists, who set their minds to overthrow Assad, ultimately failed to reach their goal; but the peoples have paid, and still paying, the heavy price of the Syrian war. The status quo in the Middle East needs to be completely defeated – on the condition that the rise of class struggle– in order to ensure that the Syrian peoples are completely freed from this war and to overcome the hostility that the Salafists, who were put on the field as the political and military wing of the war, have brought among the peoples. There are no other conditions other than a socialist Middle East for the lasting peace and prosperity of the poor peoples of the Middle East living in pain. The bitter experiences of the Syrian war have revealed this historical fact.

Two statements from the oil company contract and permanent workers in regard to...

Hong Kong Protests: A Revolt in the Celestial Empire- Derya...

Azerbaijani workers should stop this game!- The Voice of...

Long live the comradeship of all workers against the trap...

Azerbaijan: İnqilabın Sesi (Voice of Revolution), is being...