Iraq | August Report of Workers Against Sectarianism: Iraq – US dialogue and the Assassination of Activists 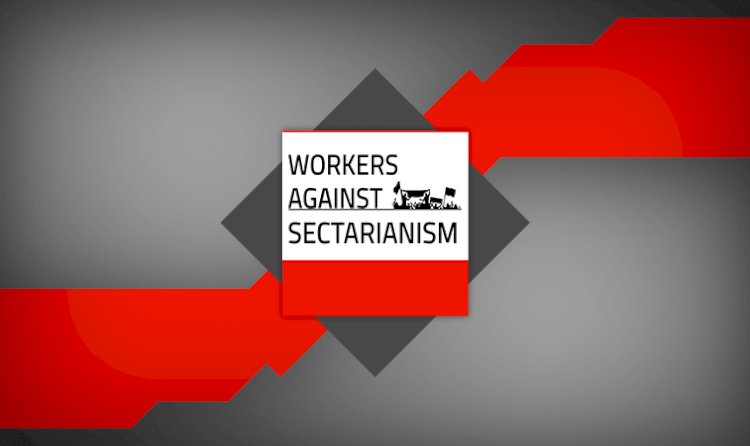 Comrades from Workers Against Sectarianism (Iraq) published their August report which explains the monthly developments Iraqi politics and the ongoing popular struggle in Iraq. The most important topics of the August, are the  Joint Statement on the U.S.-Iraq Strategic Dialogue and the assassinations of the activists in Basra City by Iran-backed militias.

The second Iraqi – US dialogue and the assassination of activists

In addition to that, Mustafa Al-Kazemi signed economic contracts and agreements with US energy companies worth $ 80 billion.

These economic contracts include the development of electricity and oil fields by companies such as General Electric, Honeywell, Baker Hoggers, Stellar Energy and Chevron for the oil industry.

How can we understand this visit and the dialogue?

We have made clear in previous reports that Iraq suffers from two geostrategic policies by global powers. Therefore, Iraq is victim to the global conflict between China and the US and their respective regional partners in the Middle East.

Today, the USA is exploiting the anger of the Iraqi people against the Iranian government and militias in order to expand its influence in Iraq.

The people’s anger is rising as the militias carry out daily criminal operations against the Iraqi people in order to obtain deeper political leverage within the Iraqi state.

Moreover, the militias played a very negative role in the October Uprising, carrying out killings, armed attacks on neighborhoods by snipers, and armed attacks on demonstrators, killing hundreds of people.

Iran failed to successfully implement the ‘Chinese Silk Road Project’, as it is called in Iraq, through former Prime Minister Adel Abdul Mahdi.  During his premiership, Iraqis lived under harsh security conditions, for example with snipers placed on buildings, killing activists and around 700 protestors, injuring 23.000 peaceful protestors.

As a result, the US and their allies dominate the Iraqi political arena, enjoying a stronger influence especially after Mustafa Al-Kazemi came to power. Trump said that he is in perfect harmony with Mustafa Al-Kazemi as they have a high level of understanding, saying he is the best Iraqi prime minister the US has ever seen!

Assassination of Activists in Basra

These demonstrators are progressive activists who are rejecting the Iranian as well as the US interference in Iraq. They have always emphasized that all decisions related to the future of Iraq should be made by the majority of the Iraqi people.

This of course stands in opposition with the interests of militias, that are controlled by Iran, and deny Iraqis any political decision making, depriving them of their freedom, implementing disastrous economic policies on them as well as stealing Iraq’s wealth.

This series of assassinations has started since the beginning of the uprising and it is continuing until now. The number of murdered activists has reached nearly 230 in Baghdad and other Iraqi cities.

These activists were well known, of great importance and high value to Iraqi society.

Recently and especially in the southern Iraqi city of Basra, a number of activists were assassinated. The reason for choosing Basra is that it is a very important city for the Iraqi economy, especially the oil industry. Thus, Basra is the economic capital of Iraq and it is in close proximity to the borders of Iran.

Therefore, the pro-Iran militias chose the city of Basra in order to deliver a message to Al-Kazemi that they are in control of Basra and the Iraqi economy, for example obtaining supplies or logistics from the nearby Iranian borders.

The assassinations were also in response to the visit of Iraqi Prime Minister Mustafa Al-Kazemi to Washington. The militias started to realize the danger of US influence on their very own future in Iraq, especially as the Iraqi Foreign Minister Fuad Masum and the US Secretary Mike Pompeo spoke about the presence of militias in Iraq. Commenting on Al-Kazemi’s visit, Pompeo said that he can now imagine Iraq as a country free of militias.

Despite these attacks, the Iraqi people are resisting, however alone, and their revolution is still continuing, and its flame is still raging.

At the same time, based on the current political situation and the security tensions between the Iraqi government and the pro- Iran militias, the stability of the political situation in Iraq cannot be resolved peacefully. This might lead to the emergence of a civil war between the pro-Iran militias and the Iraqi military forces in order to provide a safe business atmosphere for US companies in Iraq.

The effects of the Corona epidemic on Iraqi students

The Corona crisis had a heavy impact on Iraqi students for a period of 6 months since they were deprived of studying due to the closure of schools but also because of distance education via Internet.

This solution caused problems for students, because some students do not have internet due to their difficult financial situation and some are not familiar with using the internet.

As for women who come from conservative family backgrounds, their families prevent them from using the internet.

This education crisis that students are experiencing is expressed strongly this month due to the failed educational policy of the government and because of the approaching final exams with no solution in sight.

Turkey: Healthcare Workers on the Verge of Exhaustion: Government does not care!