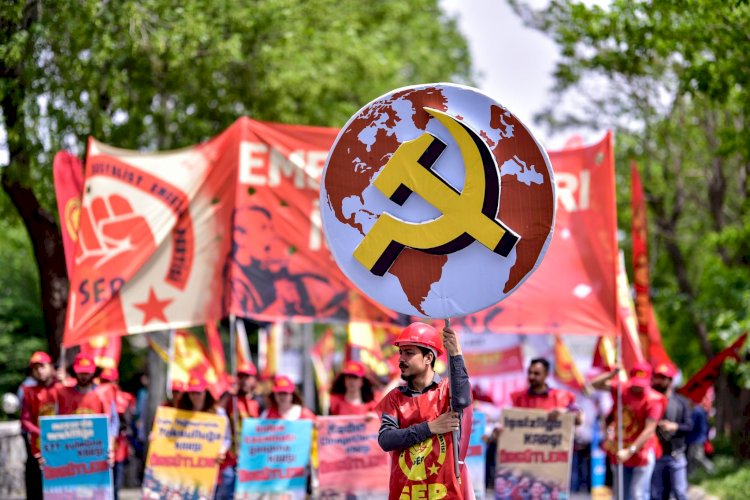 SocialistMiddleEast.com begins its publishing life to build a revolutionary Marxist alternative for workers of the Middle East. We set out to defend the interests of the working class and create an internationalist revolutionary focus against capitalist dictatorships, Islamist fanatics and ethno-religious bloodbaths. Currently, we have comrades in Turkey, Kurdistan, Azerbaijan and Afghanistan. Our goal is to form a broad correspondent network to spread to different countries and eventually gain new sections which claim to lead the working class and youth movements.

In previous years, workers and the youth have fought heroically against bourgeois dictators and the misery of capitalism in almost every part of the Middle East. There have been massive popular movements in Sudan, Algeria, Lebanon, Iraq and Iran recently. These experiences have once again shown us that we will not have a future unless we get organized to destroy imperialist capitalism. We cannot let imperialism, bourgeois dictators and brutal exploitation shape our destiny. We can only throw barbarism off by socialist revolutions.

With this consciousness, SocialistMiddleEast will try to shed light on the course of the class struggle in different countries and will also strive for the development of the forces of revolutionary Marxism. We know that the large masses inspired by the flag of socialism will change the fate of the entire Middle East and the world. If you are also close to these ideas, contact us without wasting time!