What improved the health conditions was not only the scientific inventions but also the gains of the class struggle in 1800's. 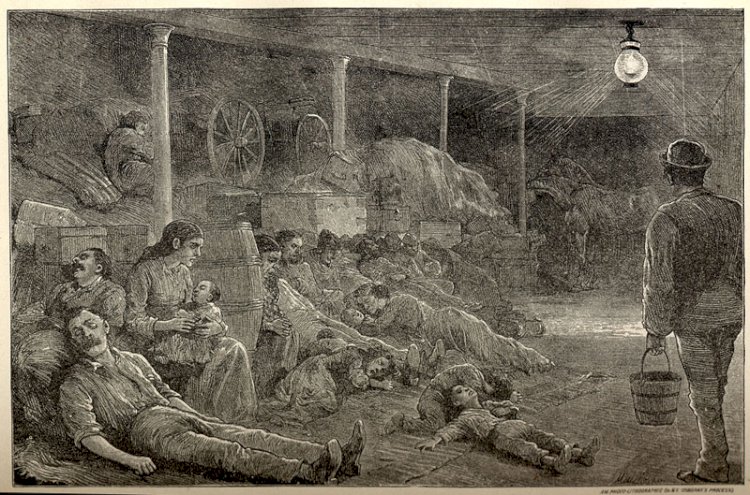 An illustration of cholera epidemic in 1830's.

The effects of epidemic diseases on human depends not only on the microorganisms that cause them, but also on the living conditions of the people. For example, the mortality and infectiousness level of the current COVID-19 outbreak are highly related with many factors such as access to a healthy diet or opportunity of staying at home during the pandemic etc. So, these conditions, which are related with the social order, are as important as the medical development.

After the Industrial Revolution, infectious disease outbreaks occurred in Europe and America towards the end of the 1700s. Many infectious diseases such as cholera, typhoid, typhus, dysentery, tuberculosis, pneumonia were common on these lands and caused the death of a large number of people. Because of the scientific inabilities of the period, put aside finding a solution, they could not know the exact reason of them.  For example, in the 1800s, tuberculosis was thought to be an genetic disease [1]. However, according to the records, it is seen that there is a continuous downward trend in mortality rates starting from the 1800s, and in the mid-1900s, the death rates reach almost zero.

Graph 1 shows the rates of death from tuberculosis in England and Wales between 1855 and 1955. Graph 2 shows that the mortality rates from tuberculosis were similar in the first half of the 1900s in Switzerland. Graph 3 shows that the mortality rates from cholera, typhoid, typhus and dysentery in England and Wales tend to decrease in with a similar trend between 1850 and 1911. These rates are approximately the same for other European countries and the US as well as for other infectious diseases of the period [2]. When there is no vaccine, medicine or other medical solution yet, there is no clear explanation for this downward trend in the chart. 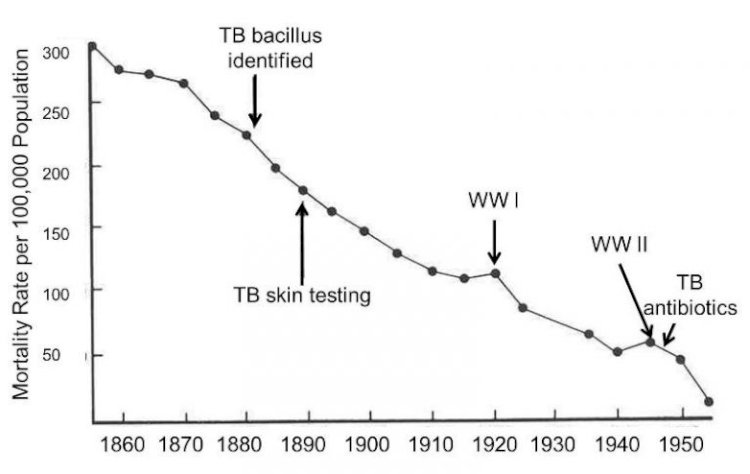 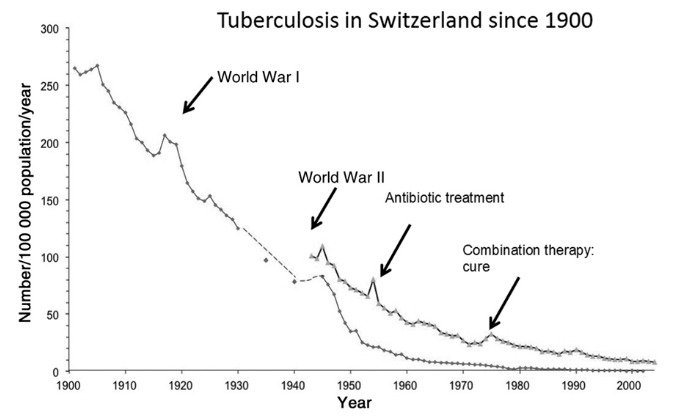 Graphic 2: Mortality (gray line) and case (black line) rates from tuberculosis seen in Switzerland between 1900 and 2000 [4]. 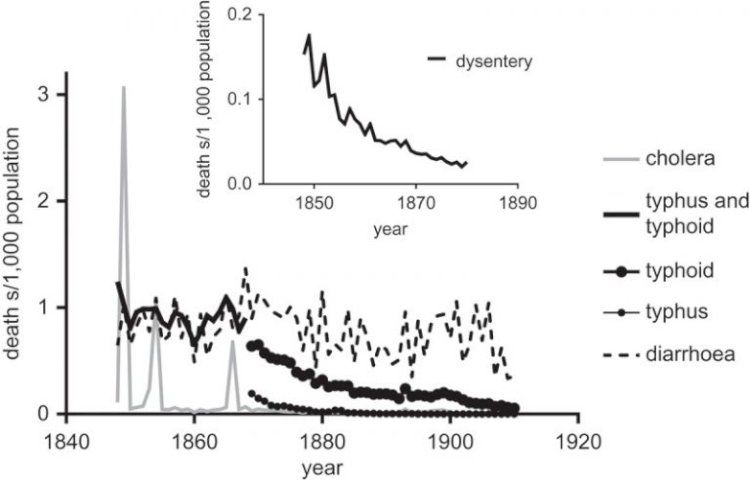 Graphic 3: Mortality rates in England and Wales between 1848 and 1911 due to cholera, typhoid, typhus, dysentery and diarrhea [5].

The vast majority of those who died in these outbreaks was the poor people. These people, who were working in very bad conditions with working hours of up to 16 hours a day,suffering from mulnutrition, could not rest well or have a proper housing facility. Accordingly, Richard Lewontin, in his book Biology as Ideology [6], states that  the gains of the working class struggle against the bad conditions imposed by capitalism, decreased the level of mortality.

As a result of these struggles, the workers who reduced their daily working hours had increased their real wages, and thus, they experienced less stress than the daily workload and had more time to rest to compensate for the harsh effects of the existing stress; they were also able to provide them with more favorable living conditions in terms of needs such as nutrition, thanks to their increasing fees. All of this enables people to strengthen their biological resistance to diseases, so many people could  survive these diseases by themselves, and mortality rates have tended to decline over time as a result of the social change [6].

As can be seen in the three graphs above, this drop did not happen suddenly, all at once. This empowerment occurred over time in humans. In fact, when we examine Graphic 1, we see that the bacillus that caused turboclosis was discovered in 1880s (1882 [7]). We see that the skin test used in the diagnosis of tuberculosis was found in 1890 [8], and effective antibiotic against tuberculosis invented in the 1940s (1944 [9]). The vaccine (BCG vaccine) was developed in the late 1920s, when mortality rates continued to trend downward [7]. The graph shows  only a small increase during World War I and World War II period, and it is thought that this is due to worsening conditions due to the wars [3]. That is, until these medical developments took place, the death rates from diseases had already decreased to a level close to zero. As a result, as Lewontin said, one of the reasons for the decline of death rates was the intense class struggles of the workers of the period and their gains that improved their living conditions.