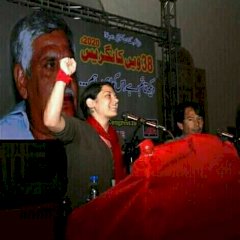 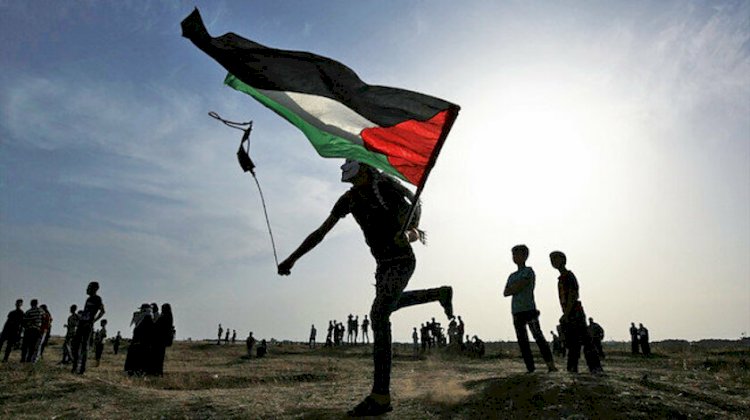 The Zionist state of Israel is furiously attacking to break the resistance of the Palestinian people who are not defeated for years and to remove the Palestinians by the illegal settlers in the lands it occupies. As a result of the bombardment of the Gaza Strip, 43 Palestinians, including children, have been killed so far. Hundreds of Palestinians have been injured by the attacks of far-right groups and Israeli soldiers.

It is known that Israel plans to annex Jerusalem, which was occupied with the Six-Day War in 1967. Trump, who was declared by Netanyahu as ‘the greatest friend that Israel has ever had in the White House’, gave the opportunity to realize the annexation plan in the easiest way with the "deal of the century". The USA recognized Jerusalem as the capital of Israel. But the plan was postponed due to the resistance of the Palestinian people and the normalization process between the reactionary Gulf States and Israel. After Trump’s election defeat, the direct annexation was put aside. However, especially in Jerusalem and the West Bank, which Israel declared as the indivisible capital in 1980, the annexation plan by the Jewish settlers is gradually being put into effect. Let us cite its massiveness from journalist Fehim Taştekin: "Palestinians in the occupied lands cannot even build houses for their expanding families. It is not allowed. They are also demolished if built without permission. According to the Israeli organization B'Tselem, Israel destroyed 1,005 homes and 424 workplaces in East Jerusalem between 2004-2020. The number of houses destroyed in the West Bank between 2006 and 2020 is 1,554. The number of workplaces destroyed since 2012 is 1,673. On the other hand, 18 illegal Jewish settlements of 220,000 people have been established in East Jerusalem. There is no pressure or sanction mechanism to prevent Israel from doing this.”

Mandatory evictions in the Sheikh Jarrah district of East Jerusalem are on the agenda today. Palestinian residents are trying to prove that they are the real owners of the land with the documents they submitted to the Israeli courts against their forced removal but in vain. Israel has increased its attacks on Palestinians coming to the Masjid al-Aqsa in East Jerusalem since the beginning of Ramadan. The march to be held on the anniversary of the occupation in 1967, celebrated by the Zionists as "Jerusalem Day", was one of the excuses for these attacks. The murderer Israel wants to get Palestine into an unequal war with its provocations and expand to the occupied territories. Since 1967, expanding the occupation zone had been Israel’s main tactic.

After the elections held at the end of March, the government has not been established yet in Israel. Netanyahu also aims to increase the support that was shrunk with the aggressive attacks and to consolidate the Zionist hegemony. The Palestinian people never bowed. In the midst of poverty and the Covid-19 epidemic, young and old continue to resist under the most unequal conditions the world has ever seen.

Everyone takes the matter in their own interests. Hypocrisy is disgusting. Major news agencies of the capitalist centers show the conflicts in the Masjid al-Aqsa, which is regarded as sacred by Muslims, or rather Israel's attacks on the Palestinian people, as a Muslim-Jewish conflict. It also adapts to the ‘clash of civilizations’ theses that imperialist barbarism has used for years to cover up its own rottenness.

For the AKP and the Islamists, the Palestinian issue is also a functional topic, although many deals had been held with Israel over the years. Political Islam, which would be silent if the Palestinian people were not Muslim, does not think of anything other than turning the deepening ethno-sectarian tensions in the Middle East into a political gain.

AKP is full of hypocrisy in the Palestine issue. Since Neo-Ottomanist, expansionist foreign policy cannot be sustained with a collapsed economy, the greatest enemies have become friends. The normalization process has begun with Egypt and Israel. With the normalization of relations with Israel and Egypt, two important countries of the Eastern Mediterranean, the goal is both to end Turkey's exclusion and to ensure natural gas to be transported through Turkey.

The existing policy was reversed in Libya. When their ‘Blue Homeland’* dreams were ruined, negotiations were already being held with Israel in order not to be out of the game in the Eastern Mediterranean. Despite appearing as eternal enemies with the Mavi Marmara incident**, Turkey never cut off trade relations with Israel, trade relations reached their peak in 2017 and then continued increasingly. So much so that in 2019, meetings were held between Berat Albayrak and the Israeli Minister to deliver Palestinian natural gas resources, seized by Israel, to Europe via Turkey. Nowadays, it is known that Turkey wants to promote relations with Israel in order to be favored by the new US President Biden. There’s nothing but fake condemnations and statements that uplift Islamists inside the country. The squares are closed to the laborers who want to speak out with the anger of increasing poverty and unemployment but open to the Islamist crowds. Well, suits their interests.

Zionist Israel, like a dagger in the bosom of the peoples of the Middle East, has been fully supported with the ‘two-state solution’ lie for decades. The reactionary gulf regimes, Arab countries have already abandoned the Palestinian cause, lined up for normalization with Israel. At this point, Israel's illegitimate presence in the Middle East is no longer a matter of discussion, and the Palestinian issue is discussed in the context of the ‘geography of the Middle East, where wars and massacres are regarded as normal.

However, when the left winds were blowing in the Middle East in the 1960s, young people and laborers around the world embraced the Palestinian cause and stood up against Israel and imperialist barbarism. Now, there is a fragmented image, the exhausted Fatah in the West Bank and Islamist Hamas in Gaza.

Despite everything, the Palestinian people show that they are not easy meat, no matter how much the attacks increase. Our task as socialists is to create the vanguard forces in these lands from which the peoples will stand up against the exploiters, dictators and imperialism. This resistance must reach the political channel it has needed for decades. Israel, the thug of imperialism, will not retreat unless the Palestinian cause will rise again in the Middle East and grow with the anti-systemic struggles of the youth and laborers.

With the anti-capitalist and internationalist winds that will blow again in the Middle East, the fate of laborers and peoples from Syria to Iraq, from Iran to Lebanon will change. The only way to do this is to prepare for the construction of the Socialist Middle East Federation. Just as the Palestinian people do not give up resisting the Israeli oppression, we will not stop fighting for the days when hope will again flourish in the Middle East, especially for Palestine.

From River to the Sea, Palestine will be free!

* The term “Blue Homeland” is most often used as an official shorthand expression for Ankara’s maritime claims in the eastern Mediterranean.

** On 31 May 2010, Israeli commandos killed nine Turkish citizens aboard the Mavi Marmara, the flagship vessel of a humanitarian flotilla headed for besieged Gaza.

Critique of the Theory of Deflected Permanent Revolution