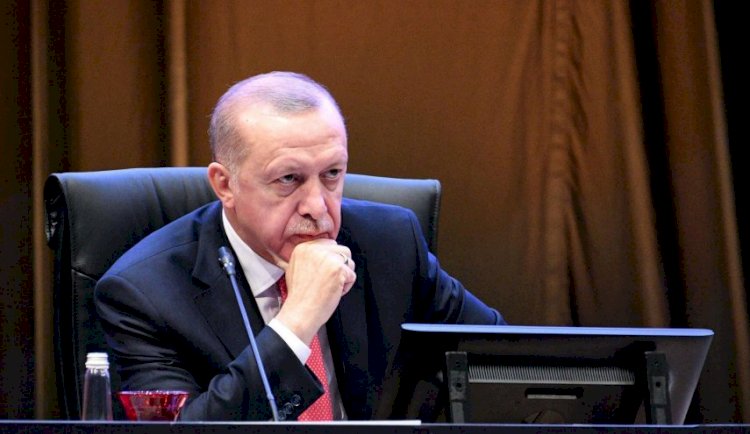 On the 3rd of November 2020, the US election was held resulting in Trump losing and Biden assuming office.

On the 7th of November, Minister of Treasury and Finance, and son-in-law to Erdoğan, Berat Albayrak resigned and Lütfi Elvan assumed office afterward…

Just 5 months ago Turkey was in a currency crisis. The currency reserves had diminished, funds ran dry and foreign policy had changed course. Rendered desperate, Berat Albayrak was sacked and they gave in to the demands of international financial institutions, which included implementing higher interest rates among other things. Upon the entry of hot money that amounted to about 20 billion dollars to the Turkish economy, the exchange rate dropped to 6.90 Liras for $1.

To continue, maneuvers were made to attract even more the hot money that is abundant in the world. Erdogan began using the concept “reform” (nobody takes it) and in foreign policy, U-turns were made. Many humiliating decisions were made, helping Saudis in Yemen and submitting to Sisi in Egypt were only some of them. Despite this, Biden did not even give a call appointment to Erdogan in exchange.

Meanwhile, the popularity of the coalition government of AKP and MHP kept dropping in polls and TÜİK (Turkey Statistical Institute) had to acknowledge that the actual unemployment in Turkey had reached 29%. High cost of living became irrepressible, no money could remain in circulation in the market and shopkeepers kept going bankrupt. In the middle of the third peak of the pandemic, many of the restrictions were lifted desperately.

Just then, Naci Agbal, who was promoted as the “independent” and “market-friendly” governor of the TCMB (Central Bank of the Republic of Turkey), raised interest rates by 2 points. This was because the “revival” of the Turkish economy did not go as they had expected and the exchange rate was scaling the point of $1 to 7.50 Liras.

And, as expected, Erdogan could not even bear this cheap “independency”, he had Naci Agbal dismissed. But just so that the market wouldn’t face the impact of his dismiss, it was done on a Friday night. In the end, all this did was change the name with which the devaluation that came afterward was to be remembered. Instead of it resulting in being called “Black Friday”, it became a “Grim Monday”.

But it’s not just the economic policies and the decisions regarding Naci Agbal, no… The actions were taken against the deputy Gergerlioglu from HDP (Peoples’ Democratic Party), the trial to close HDP, the withdrawal from the Istanbul Convention, transfer of the ownership of Gezi Park from IBB (Municipality of Istanbul), and giving it to a foundation -which doesn’t even exist. These are all the issues that you can fit in just a single day in the Republic of Erdogan!

It was not difficult to foresee that the retreat from reform discourses and free-market "norms" would have sharp consequences. In just one evening there was a devaluation of %10 and the stock market had to stop exchanges twice! Thus, all that came out of these was the escalating interest rates that hit 19%, ended up not affect at all.

After all of this, how will the low-interest rates, which Erdogan sought so much, be implemented or how will the exchange rates be stabilized, the cost of living, and unemployment levels be reduced?

And now, although the new governor of TCMB Sahap Kavcioglu, who is a supporter of Erdogan’s son-in-law Berat Albayrak, had announced that they would not lower interest rates until the 22nd of April, he had to swallow his own words in the very first day he assumed office. Currently, the only tool at their disposal to combat the ever-escalating exchange rates is the limited supply of foreign currency in public banks' reserves. In short, Erdogan is in an extremely desperate position, he has lost his cogency except for his most diehard supporters. At this rate, he will keep losing blood…

Now the important question is: Is Erdoğan losing control or is he going out of control? The meaning of “losing control” here is quite obvious: Shooting oneself in the foot or, if we put it another way, making mistakes due to panic and incompetence… And the meaning behind “going out of control” is that Erdoğan, realizing that he may not come out as the winner in the next election, making preparations to remove democratic elections step by step.

Although going forth with the trial to shut down HDP, withdrawal from the Istanbul Convention and the increasing repressions gives us the impression that the second possibility is at stake, we can also assume that these steps have been taken toward ensuring that they win the election. Erdogan proceeds with trial and error and in the following days, he will change the cabinet with a high hand. It may not be accurate to assume that he’s striving to remove the elections any time soon.

Since he became much more fragile and is more dependent on Devlet Bahceli (head of MHP) than ever before. When the time comes, he might even consider mixing fraud into the elections to fix the results. But assuming that they have decided to act towards abolishing elective procedures seems inaccurate at this moment. Erdogan’s influence has weakened considerably, he would face a severe crash if the effects of the economic crisis were to hit the people harder. As it would be neither wise nor easy to contest the elections under these conditions, he will likely seek other methods.

Another possibility is that the working class, sick of poverty, will raise their voice in protest and flood the streets. If this were to happen, AKP’s downfall would become certain. But the lack of organization among the working class; the frequent use of force to condition them into submission; the lack of leftist parties and unions and weaknesses of the existing; their tendency to ‘wait for the elections’ for a confrontation with the AKP should be taken into account. At this rate, it seems, as revolutionaries, we have no other option than to focus on mobilizing the working class and to build up to expand the revolutionary struggle.

The International Socialist League is born

Critique of the Theory of Deflected Permanent Revolution