25-year Agreement between China and Iran: Lifeblood for the Corrupt Mullah Regime 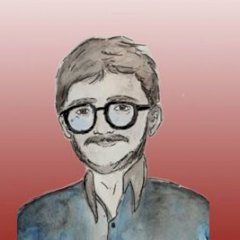 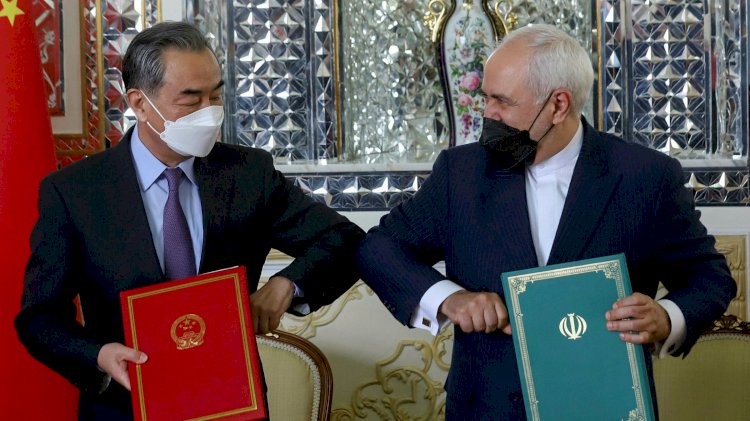 An important deal has been struck in the 50th year that the Shah recognized Beijing as the official authority over China. With this agreement, which is going to last for the next 25 years with an economic scale that is expected to reach 400 billion dollars, it is becoming clear that important changes regarding the domestic policy of Iran as well as the role of China in the Middle East are now on the doorstep.

Neither country has made a statement on the details of the agreement. However, based on the information that has been disclosed up until now it seems, for the following 25 years, China is going to make investments in Iran that will reach a total sum of 400 billion dollars. In exchange for this, China will get to consistently purchase petroleum from Iran with a discount. Investments of China will be made to fields such as banking, telecommunication, ports, railways, healthcare services and information technology among many others.

After Trump’s sanctions imposed upon Iran in 2018, Iran’s volume of oil exports had dropped dramatically. On the other hand, the decline in oil prices was another factor that triggered the economic crisis in the country. For the regime whose legitimacy had been eroded for years, this economic crisis brought the risk of social explosion; as in recent years there have been waves of protests involving both the working classes and the petty bourgeois who are known to be historically loyal to the regime. During the protests of 2019, protests erupted even in cities such as Mashhad, where the legitimacy of the state was previously unquestioned and which is one of the strongholds of Shi’ism in Iran. Class struggle became a visible theme in the protests due to high rates of unemployment, inflation rates reaching up to 50%, the devaluation of the Iranian riyal and the recent withdrawal of some subsidies. The Mullah regime did not have many options to restore the economy unless the EU and US were to lift the sanctions they imposed upon Iran. Now, in the long term, they will have more options to restore the economy due to the agreement they made with China.

China, which is the world's largest oil buyer, had reluctantly supported the UN sanctions imposed due to Iran's uranium enrichment activities in the past, but continued its bilateral relations especially through oil trade. Earlier last year, the Trump administration asked China to stop oil supplies from Iran, as one of the conditions for ending the trade war with China. However, oil purchases of Asian countries, especially China and India, from Iran gained momentum with Biden's victory in the US elections and because of the expectation that the sanctions against Iran would be loosened.

Of course, securing the energy supply for China will not be the only benefit of rapprochement and deepening ties with Iran. China will get to make a leap towards fulfilling the Belt and Road Initiative, which is the main artery of Xi Jinping’s Chinese Dream, by making investments on infrastructure projects (like ports and railways) and will also get the opportunity to make an attempt to establish themselves in both the Middle East and the Persian Gulf, which is an important trade route. It is stated on one of the articles of the agreement that Iran will let China station troops on the oil plants to ensure their security. If this were to happen, Chinese forces will get more intimate with the US 5th Fleet which is based in Bahrain. What such rapprochement can bring can be seen from the South China Sea, where the US has been fortifying their military presence for a long time.

China also reserves the role of establishing the infrastructure for a 5G telecommunications network in Iran. What deserves the most attention in this matter is that China is going to build the same surveillance systems that they had back home. This shows that the repression of the working class of Iran by the Mullah regime shall become more “sophisticated”. In a way, the CCP regime will also establish a way to insure the Mullah regime against a potential social eruption.

This agreement seems to have given lifeblood to the Mullah regime, despite this, the reception to this agreement was not homogenous among the ruling classes. To some, this agreement has been perceived as the greatest disaster in the history of modern Iran since the Treaty of Turkmenchay in 1828 with Russia (Iran had lost Erivan and Nakhchivan with this treaty and had to give Russia great economic concessions). One of the most surprising figures that reacted negatively to this agreement was the late President of Iran Mahmoud Ahmadinejad. “The people of Iran will not recognize this new and secret agreement made to last for the next 25 years between China and Iran” was the expression used by Ahmadinejad in the statement he made last July. The root cause of the concerns is what happened to countries that have had an economically unequal relationship with China under the Belt and Road Initiative. Debt-trap diplomacy had become a tool to expand Chinese political influence in regions such as Africa and Latin America. Nevertheless, a large portion of the ruling class of Iran, and especially figures such as President Rouhani and religious leader Khamenei, believe that such a partnership with China is the only option in overcoming this economic and social crisis.

This step by China and Iran, after the tense US-China summit that was held last month in Alaska, indicates that the tensions between the US and China will escalate even further. That Biden, ever since his inauguration, did not refrain from sending a stern message to China and Russia, also strengthens this matter. It seems that another issue, this time over the Middle East, is going to be added to the list of affairs, which include the Uighurs, Hong Kong, Taiwan and the South China Sea, that China is currently dealing with. The concrete ties that China has established with Gulf countries that are in close relations with the USA and the warm messages of countries like the United Arab Emirates for the Belt and Road Initiative are moves that will not please the USA.

The question that revolutionaries should ask is what this tension will mean for the oppressed working class of the Middle East. Since the imperialist tensions between Iran and the US have harmed the revolts of the working class, as can be seen in examples such as those in Iran, Iraq and Lebanon, this conflict is going to give an opportunity for the corrupt regimes and figures in the region to gain legitimacy. China's strong military and political transition to the region will not only change this equation, but also enable the Mullah regime to encounter the opposition of the working classes and possible future social movements in the country more confidently. For us, the program of permanent revolution remains up-to-date as the only option against imperialist polarizations and conflicts in the Middle East and the world.