The wave of strikes in the petroleum industry broke out in Iran, continuing to shake the country. The strikes, which started locally on June 19, have spread to about 60 production units in 8 cities of the country in the last few days.

In the previous article in which we evaluated the elections in the country, we stated that the elimination of many reformist and conservative candidates, especially during the election process, caused a critical social reaction. The corroded legitimacy of the Mullah regime showed itself in the turnout rates at their lowest since 1979. On the other hand, anger towards the regime deepens even more among the poor working class. Because those who have become rich with the country’s huge oil and natural gas revenues have only been the elite of the Mullah regime till today. Especially in the last few years, the share of poor workers has been more poverty and misery due to the effect of the economic crisis. 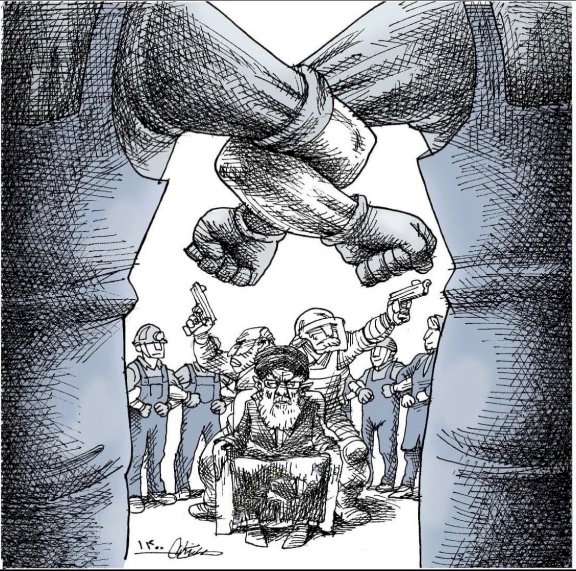 Anger has been fermenting for the past few years in the petrochemical industry, which is Iranian capitalism's lifeblood. Particularly, the substitution of contracted workers for permanent ones in the sector and the deterioration in working conditions increased the reactions. There are approximately 150,000 contractors workers are in this sector.

The ground for the ongoing strikes was comprised of the inflation rate of 50%, the increase in the food prices to 70%, and the steps of the regime to reduce the labor cost. The wage of permanent workers in the country is around $300 on average. Among the main demands of the strikes, there is to increase the wage to $500 and also increase the 5 days off to 10 days, after 20 days of work. However, the budget for 2021-2022 foresees that the highest salary can only be 15 times more than the lowest salary, which is put forward as an obstacle to the salary demanded by workers. The Council of Energy Committee, on the other hand, promised to change the relevant part of the law and make a 25% increase.

In the country's southern regions, where the temperature reaches 50⁰C during summer, the workers working in private sector refineries want to have the same conditions as the workers in state-owned refineries, who are paid 3 times more than them.

The Mullah regime has a significant historical memory about how far the strikes that started in the petroleum sector could evolve. After the rebellion spread to the oil industry in the 1917 Revolution, it became impossible for the US-backed Reza Pahlavi to hold onto his seat. The corrupt Mullah regime, whose legitimacy is questioned, is also worried that the strikes will spread to other sectors, especially to the country’s national oil company. Figures like Mahmoud Ahmadinejad, who have been at odds with the regime in recent years, also call for the workers’ demands to be heeded to prevent fueling the fire.