Why the US reduces its presence in the Middle East? - V. U. Arslan 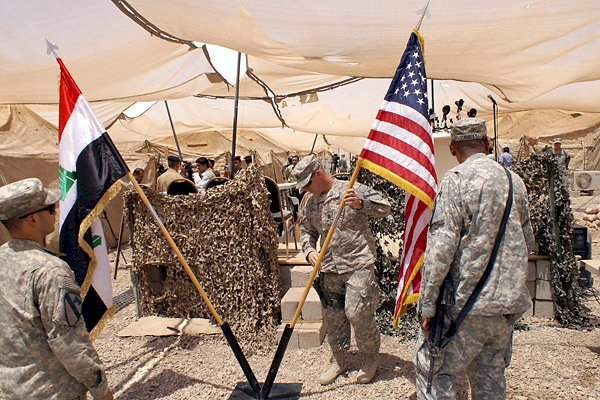 “On the security partnership, the two countries recognized that in light of significant progress towards eliminating the ISIS threat, over the coming months the U.S. would continue reducing forces from Iraq…” This was the most crucial statement of the meeting that was held recently between the US and Baghdad administrations.

The USA have been pursuing to reduce its assets in the Middle East for a long time. This policy change has been realizing in an era in which the economic center of the world shifted to the east (Asia- Pacific), struggling with China has become a major issue, the US has become the world's top oil generating country, new technologies have reduced the economic importance of oil, and moreover, the US has been in crisis since 2008. In the meantime, the US is trying to withdraw from these costly occupation regions in the Middle East.

The USA failed in the Middle East and could not create a game and a success story in its favor. Today, the situation of the Middle East is darker than ever. The economic crisis hits the region, the vast majority of which are already poor, like a tsunami. In addition, the climate crisis escalates drought and desertification, food and water crisis is fueling, civil wars continue, corruption machines of dictators-warlords is working full-flow ... When this is the case, the US does not want to spend more of its forces that linger and weaken in this swamp, creation of which  mostly done by the USA. The US is already close enough to protect the security of its allies such as Israel, Saudi Arabia, and the Emirates in the  Gulf; It has military bases all around the region and is still a deterrent force. Also, according to the new perspective shaped in the USA, the US allies must be in a position to protect themselves, and for this, they need to buy plenty of expensive US weapons.

So the USA is not leaving the region completely. But it is a fact that the US ruling classes have been trying to reduce their assets in the Middle East since Obama. So it's not about Trump's strange choices. The Middle East has lost much of its strategic importance for the USA. The results of the USA's asset reduction strategy immediately show itself in Afghanistan, Libya, Yemen and Syria.

From Iraq to Libya, from Afghanistan to Syria

Different Shia Islamist groups which are in the ruling mechanism in Iraq and the politicians close to them are given the US the boot. Iran has a large influence and the US has been targeted by Iran's small and big scale of attacks. Apart from that, there is a progressive and strong social struggle dynamic against Shia Islamist power groups. The reaction to Iran within the mass movement is tremendous there are the seeds of the revolutionary focuses in this movement their effects are naturally very limited at this stage. Over the past year, more than a thousand protesters were shot and killed in the streets, mostly by Shiite militia. The country has been sinking into the economic crisis, unemployment, corruption, mismanagement and futility. Moreover, the different cliques in the administration are fighting among themselves. The USA is also not willing to stand in this troubled place with inexorable problems. Their only concern is the protection of US companies' profitable oil deals.

Even in the most vulnerable moments of the Assad rule in Syria, the Obama government was not willing to participate directly in the war in Syria. Even when the red lines announced by Obama were exceeded, Obama did not give the rebels what he wanted. The Pentagon was aware that it had no partner on the field to trust. Last year, we saw that the support given to the YPG is fragile. It would not be difficult for the Turkish Armed Forces to take over Rojava if Russia would not get involved. US Central Forces Commander (CENTCOM) Commander General McKenzie said, "I don't know how long we're going to stay in Syria. When the time comes, we will leave, but it is a political decision and we are ready to execute the orders.” He gave the signs of leaving Syria. As long as the US occupation forces keep the Syrian oil under control, Russia's work will become harder and the two sides of the Assad government will have harder times because of the strict embargo. Moreover, we see that the economic crisis in Syria has turned into a political crisis. Therefore, the US will not leave Syria in a hurry, but it is obvious that those who have made their calculations according to the US military presence will be in a very difficult situation soon.

Analyzing all countries one by one is beyond the limits of this article. But let's talk about Afghanistan and Yemen:  McKenzie had also said that if the Taliban fulfills the conditions, the USA would withdraw all its troops in Afghanistan by May 2021. Apart from this, the USA did not intervene to the Houthis directly although its partner, Saudi Arabia, was in trouble in Yemen.

And Libya… Oil-rich Libya has been bleeding ever since the US-led Western coalition overthrew Gaddafi. The USA did not go on adventure here, nor was it directly involved in the Libya issue. Without their US support behind them, EU imperialists never attempted such a task. This time, the field remained for regional actor. By using this opportunity, Erdoğan makes his neo-Ottoman dreams real in the Libyan deserts.

In the Middle East, while US invaders are reducing their military assessments, other large and small imperialist players who want to fill this gap compete with each other. The mass movement, left alone with local tyrants, Islamists and the exploiters, should not be confused about the Western imperialist invaders. So the idea that “if the USA goes, it will be bad for us” would be a big mistake. Currently, workers and young people are on the streets across the Middle East, and the class struggle is clearly accumulating energy. We see the results of this in Lebanon and Iraq. It is the only way out for this great energy to canalize into revolutionary channels. On the other hand, as the working class mass movement moves away from the anti-imperialist character, it will be easy to manipulate by different forces. Class demands in the mass movement are combined with the longing for secularism and democracy. But the masses must understand that secularism, democracy and a humane life can only come with socialism. While Western parliamentary liberal systems have been regressing even in their home countries, there are no social forces and economic development in the Middle East to implement this system. But there are the powers of tens of millions of young laborers who will defeat all kinds of exploiters and tyrants in the Middle East for the laborers of the country, and only this power can organize a new life. That is the perspective of the program of permanent revolution.