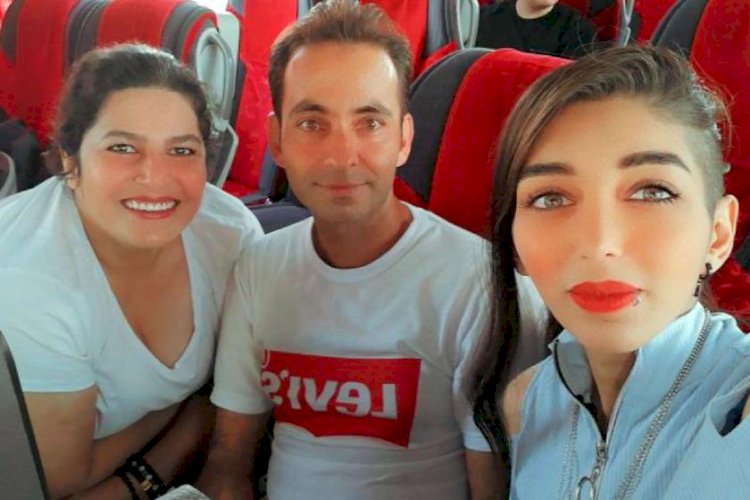 After Turkey withdrew its signature from the Istanbul Convention, Turkish courts issued a deportation decision for 3 Iranian refugees on the grounds that they took part in mass protests all over the country. Iranian refugees came to Turkey to seek refuge in a third country by fleeing Iran for defending the rights of workers, women and LGBTI.

Iranian refugees Leili Faraji, Zeinab Sahafi, Esmaeil Fattahi and Mohammad Pourakbari Kermani had been detained on 5 April and were sent to Aydın Removal Center. Thanks to national and international solidarity, the refugees had been released, but they were displaced by being sent to different cities.

Especially Esmaeil Fattahi, because of his socialist ideas, had previously been the target of the police and was detained and tortured two years ago.

Even though the police and the judiciary under the control of the AKP government know that the refugees will be under serious threat, the government tries to send them back to Iran despite their conditional refugee status.

Fattahi summarizes the process they went through as follows:

“I am a political refugee. I have been detained and tortured many times in my own country because of my human rights activities. I applied for asylum when I came to Turkey due to my anti-regime activities and oppression in Iran. After being imprisoned for four years, I had no choice but to seek asylum. I got conditional refugee status. In other words, my applications for International Protection have been accepted. In fact, I have had protection since 2016. I continued my own thoughts and activities in Turkey. I also carried out activities in Turkey on refugee, worker and women's rights. When the Istanbul Convention was terminated, I joined the action with my other friends. They detained us on April 5th. Then the deportation decision was made. At the removal centre, they wanted to have voluntary return documents signed. The situation there was also bad. There was psychological pressure. But public pressure left us free. Now we can be deported at any time. This is a big concern for us."

It is necessary to raise solidarity against the AKP's attacks on our refugee friends.Sending back to bloody Mullah regime means repression and even the death penalty.

Hands off the refugees!

Statement of the Socialist Movement of Kazakhstan on the Popular Uprising

International Campaign for the Liberation of the Chilean...

A revolutionary perspective about the ongoing imperialist tension between Turkey...